In addition to providing its clients with top-notch legal representation, Johnson & Bertram LLP is distinguished by the fact that it is one of a handful of 100% female-owned law partnerships in Orange County. 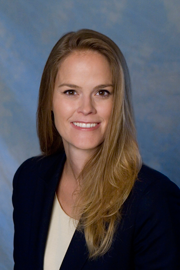 Ms. Bertram has extensive experience handling commercial litigation in both state and federal courts from inception through appeal. She has been trial counsel for clients in a wide array of industries and disputes, including matters involving misappropriation of trade secrets, trademark infringement and dilution, copyright infringement, trade dress infringement, unfair competition, breach of contract, fraudulent conveyance, negligence, insurance disputes, real estate disputes, commercial and personal property foreclosures, and a variety of business torts. Ms. Bertram also represents health insurance plans and their administrators in bad faith and ERISA actions. She has tried numerous cases in both state and federal courts to successful resolution, including obtaining over a million dollar verdict in a misappropriation of trade secrets matter.

Prior to founding Johnson & Bertram LLP, Ms. Bertram was Counsel at the law firm of Robertson Johnson & Olsen LLP. Prior to that, she was a trial lawyer at the Costa Mesa office of the multi-national law firm Dorsey & Whitney, LLP, and was a member of Dorsey & Whitney, LLP’s trial, financial services, and healthcare practice groups. Ms. Bertram was also associated with a mid-sized California based law firm, where her focus was intellectual property litigation. Ms. Bertram received her law degree, cum laude, from the University Of San Diego School Of Law. She received her undergraduate degree in Sociology from the University of North Carolina at Chapel Hill.

Ms. Bertram is admitted to practice in all state courts in California, and in the United States District Courts for the Central, Southern, Eastern and Northern Districts of California. She is a member of the Orange County and Los Angeles County Bar Associations, and is actively involved in supporting a non-profit organization in Orange County that assists battered women and their families.