You are here: Home / Attorney Beverly A. Johnson

In addition to providing its clients with top-notch legal representation, Johnson & Bertram LLP is distinguished by the fact that it is one of a handful of 100% female-owned law partnerships in Orange County. 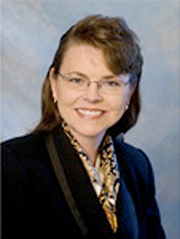 Ms. Johnson has practiced law in Southern California for two decades. She has extensive experience handling complex business and commercial litigation in state and federal courts from inception through trial and appeal. She has been trial counsel for clients involved in a wide array of disputes, including matters involving fraud, civil RICO, federal and state law securities claims, trademark and copyright infringement, misappropriation of trade secrets, unfair competition, fiduciary and shareholder claims, contract-based claims, insurance matters, SEC investigations, fraudulent conveyance, and a variety of business torts. She has tried and arbitrated numerous cases to successful resolution, including obtaining and collecting multi-million dollar judgments for her clients. She has also obtained terminating sanctions in numerous cases due to opponents’ discovery abuses. Her practice also encompasses creditors’ rights, judgment enforcement and collection proceedings, and litigation related thereto, including the representation of creditors in bankruptcy actions and adversary proceedings. Ms. Johnson also provides pre-litigation advice and counseling to clients in an effort to resolve potentially costly disputes without the need to go to court.

Prior to founding Johnson & Bertram LLP, Ms. Johnson was a partner at Robertson Johnson & Olsen LLP. Immediately prior thereto, Ms. Johnson spent several years practicing at several multi-national law firms, including Dorsey & Whitney, LLP, where she was Of Counsel, and Brobeck, Phleger & Harrison, LLP and Sheppard Mullin Richter & Hampton, LLP, where she was an associate. Ms. Johnson also has experience serving as an Enforcement Attorney with the U.S. Securities and Exchange Commission.

Ms. Johnson serves on the Board of Directors of two Southern California-based non-profit organizations which are committed to combatting crime and educating youth about safety and security online. She has also served as volunteer pro bono counsel for clients of the Public Law Center since 2006.